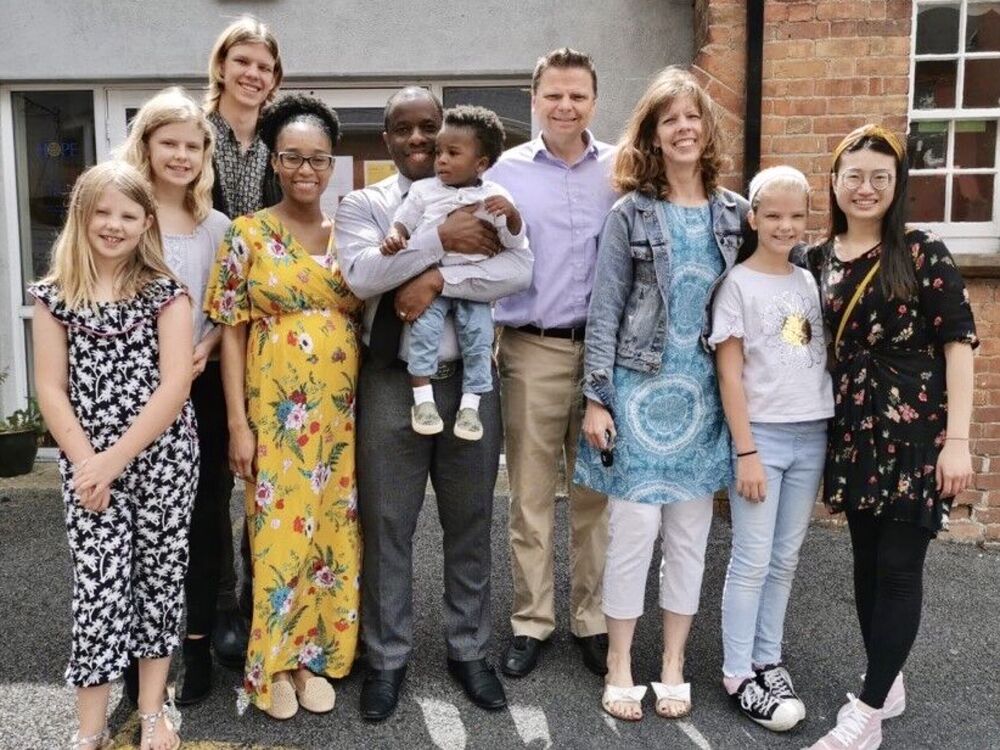 “It came so naturally after seeing the need in the church,” shares Cody, who now serves as part of OM's Partners for Church Growth initiative. “In a culture that is very relationship based, I found that a year just wasn’t enough. After that amount of time, people were just starting to open up with me, and with no responsibilities back home, it was the logical next step to stay longer.”

After first coming to Ireland as an exchange student back in 2018, Cody had no intentions to return, but God had other plans. During her last year of college, she began considering getting involved in overseas mission. “I realised that because I had no commitments, I could spend a year in another country, fully dedicated to serving God,” she tells. After exploring options in various countries, she decided on Ireland because she had previous experience there. “During the year I was in Ireland as a student, my eyes were opened to the spiritual situation in the country and how people are so close to the church yet have no living faith.”

In 2019, Cody returned to Ireland to join OM’s Mission Discipleship Training (MDT). “I loved MDT because of the mixture of theology training and hands-on experience. It’s great to not be limited to doing one thing, but being able to try different aspects of ministry, even those you might not want to do!” Cody also valued the sense of community that she experienced, despite it being only her and one another girl on the course. “We were able to become close friends and journey together. I also appreciated the informal discipleship offered by the rest of the team. Everyone in OM takes care of you and they share a common experience of working in mission.”

After completing the year-long programme, again, Cody had no plans to stay in Ireland, but having seen the great need, she made the decision to continue serving in her partner church in Longford. “Hope Community Church is quite small,” she explains. “I’m regularly involved with things such as assisting with the women’s Bible study and leading the children’s Sunday School. I’ve always had a heart for kids ministry, and I love how God has let me bond with them.” Cody also assists with updating the church’s social media pages and other administrative tasks as well as playing the keyboard for worship. “It’s amazing how God has helped me adapt to this ministry as I was trained in classical piano and not able to play chords. When I arrived in Ireland, God miraculously empowered me to do so!”

Despite this, the journey has not always been easy. “It was a challenge transitioning from the structured programme of MDT into my role as a church worker. Although I have certain tasks that need to be completed, the rest of my time is free to do things in the community. It needs a lot of self-discipline, which I’ve been working to develop,” she shared.

Having moved into the community a few months ago, Cody is enjoying meeting neighbours and becoming part of the community. “God has put people around me to whom I can demonstrate His love.”

Cody currently intends to spend another two or three years serving in Ireland, and after that is open to whatever God is calling her to. “Over the next few years, I really want to develop close relationships with people and become fully integrated into the community. Longer-term, I don’t have any plans, but I want to glorify God and discern His plan for me. God’s calling is always beyond your imagination!”