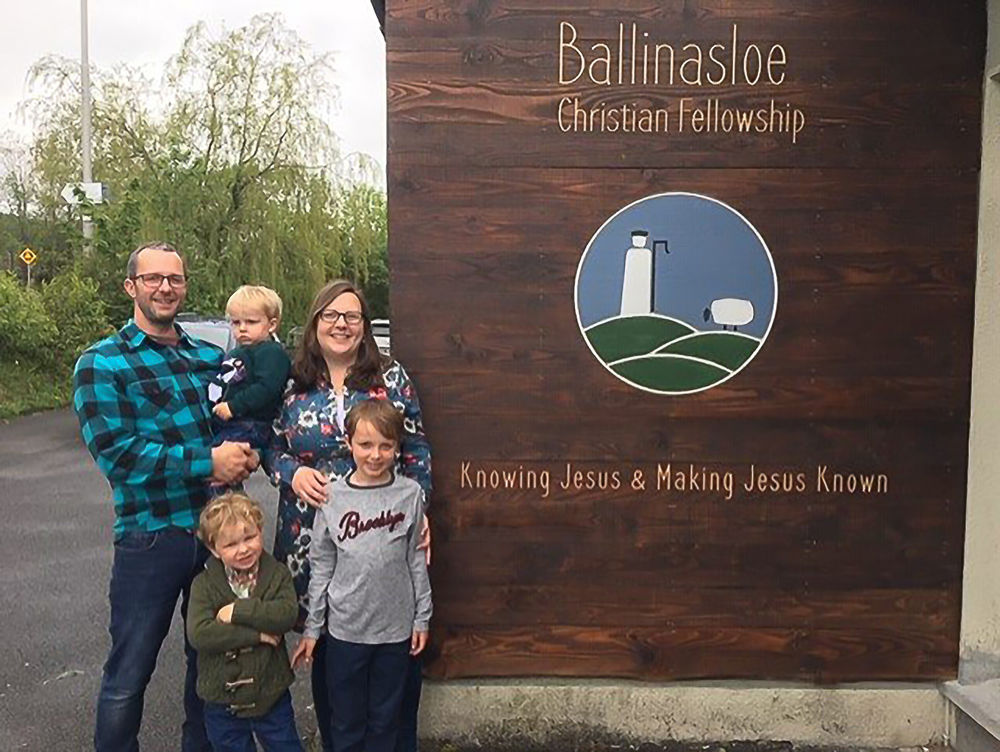 For the David and Cheryl Bailie and their family, God brought them home to Ireland to be trained, equipped and mobilised to reach the community.

“We’d been working in Australia [for awhile], so we were praying about how we’d return to Ireland,” David recalled.

Cheryl suggested looking at roles with OM. “We were open to whatever, although we were looking for roles specifically suited to us. At the time, [OM in Ireland] was looking for a youth coordinator and an operations worker with gardening experience. These were the specific jobs we’d been looking for.”

Starting in January 2012, David and Cheryl served with the team at Lacken House. During the next three years, God trained and prepared them for a big step in their future ministry.

“By May 2015, the Lord was putting church planting in Ireland on our hearts,” Cheryl said. “Alastair [OM in Ireland’s national director] approached us about the Philippian Project, which was hot off the press at the time. David kept saying ‘It’s going to be horrible to leave the church we’re attending.’ Then in January 2016, he came home from church one day and said: ‘I actually believe it’s [our church in Ballinasloe] we’re meant to work with.’ David then contacted our pastor, who’d been praying that we would want to come work alongside the church.”

“My heart was there,” David shared. “I knew that the Lord was asking me to get to know these people. I was trying to meet people who were living in the town or connected with the church. I have gotten to know them and work with them in the community. Then they get to know who I am. Through that witness, I can talk to them about the church and about the Lord.”

“In the past couple years,” Cheryl added, “we’ve seen a vulnerability in folks in conversations that we wouldn’t have seen [without being based in town]. We love that you have one Gospel conversation at a Horse Fair, see that guy later, and are able to invite him over for a cuppa to answer his questions.”

The church recently moved to a new building in the town centre which means an opportunity for more interaction, and impact, in the community.

“Key people who are known throughout the town have been dropping in,” David said. “The Lord is bringing people in and weaving this thing together for us. We’ve got a new building and a few new believers. We want to see families transformed in our town and Jesus being lifted high.”

“The more concentrated time we spend in a community,” Cheryl noted, “the more we realise that the fields are ripe. There’s a real beauty in the local church, in knowing that He’s going to work through you. It’s the Lord’s work, church, body, all these various little pockets. Everyone [in Ballinasloe] is feeling a bubbling that God is going to work through His Spirit.”

For David and Cheryl, God brought them from Lacken House to Ballinasloe where they now serve and faithfully wait to see how God will move in their town.