Hope for the Caucasus 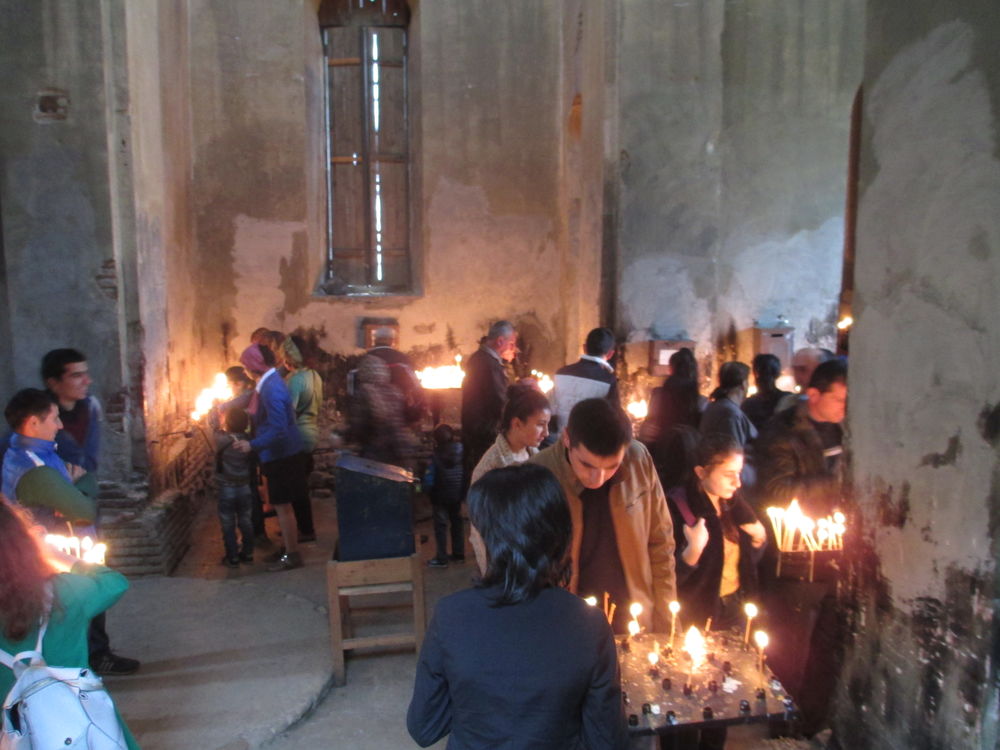 The Caucasus… a crossroads of millennia, pinched between three former world empires – the Persian, Ottoman and Russian, all still playing major roles in current events. Fought over, invaded over the centuries by major regional powers, avenged countless times; part Muslim, part Orthodox Christian, part animist, and crying out for reconciliation and peace from its past and current conflicts which can only come through Christ.

A local legend known as “Mountain of Tongues” recounts the world-spanning Language Angel tripping on the high Caucasus, spilling some 50 languages onto it from a sack. Located between the Black and Caspian Seas and once part of the Silk Road, the Caucasus is home to over 50 diverse ethnic groups. Local languages and customs may be diverse and challenging but hospitality is one of the friendliest on earth. While the region is rapidly modernising, it also boasts many magnificent cuisines, unique artisan products, a rich source of oil, and distinct music and dance traditions.

OM has had presence in the Caucasus for over 20 years, initially with teams in Azerbaijan, then later in Georgia and occasionally in the Russian North Caucasus republics. The teams focus on humanitarian work, various evangelism efforts, business development, literature translation and production, and promoting missions in local churches for both local and world-crossing ministry. They long to see local believers awakened to the possibilities that God has for them here and anywhere, to see them worshipping with their former ethnic enemies “on earth as it is in heaven.”

OM worker Greg* shares a memory from his time in the Caucasus:

“Certain memories are made to linger in our minds longer than others as we walk life with people. One such one was with my language professor, Meb.

Coincidently the day before the 10th anniversary of the murder of Meb’s oldest daughter, son-in-law, and oldest granddaughter during an attempted robbery, we had language class. And, for some reason, I was the only one that showed up that day. We went through her lesson plan, but it was obvious her mind was elsewhere. Since it was just the two of us I asked how the plans for the memorial time that weekend were going. As she opened up, my heart broke for her again. I didn’t say a word for a long time, I just listened.

When she finished, I told her I would be praying for her over the weekend. She then asked me what it was like to pray as a Christ follower. I explained to her that we can bring anything to God in prayer. I then asked if I could pray for her right then. She said yes. Before I finished praying she also asked me to pray for her surviving granddaughter. Finally finished, I looked up to see she was tearing up.”

Please lift up others like Meb in the Caucasus who need to know and experience the healing touch of the Father. Pray they encounter Jesus in real ways, ways that bring reconciliation and peace to hurt that runs deep on many levels.

The Caucasus field seeks short and long-term workers who have a heart to serve, a pioneering spirit, and can be adaptable to use their skills and giftings to demonstrate the love of Christ, coming alongside what He is already doing in the local church. The Caucasus offers diverse opportunities for families and individuals to serve, rural or urban, so come, learn, stay and minister with us as God gives vision, lifting up the name and person of Jesus as peoples’ only hope.