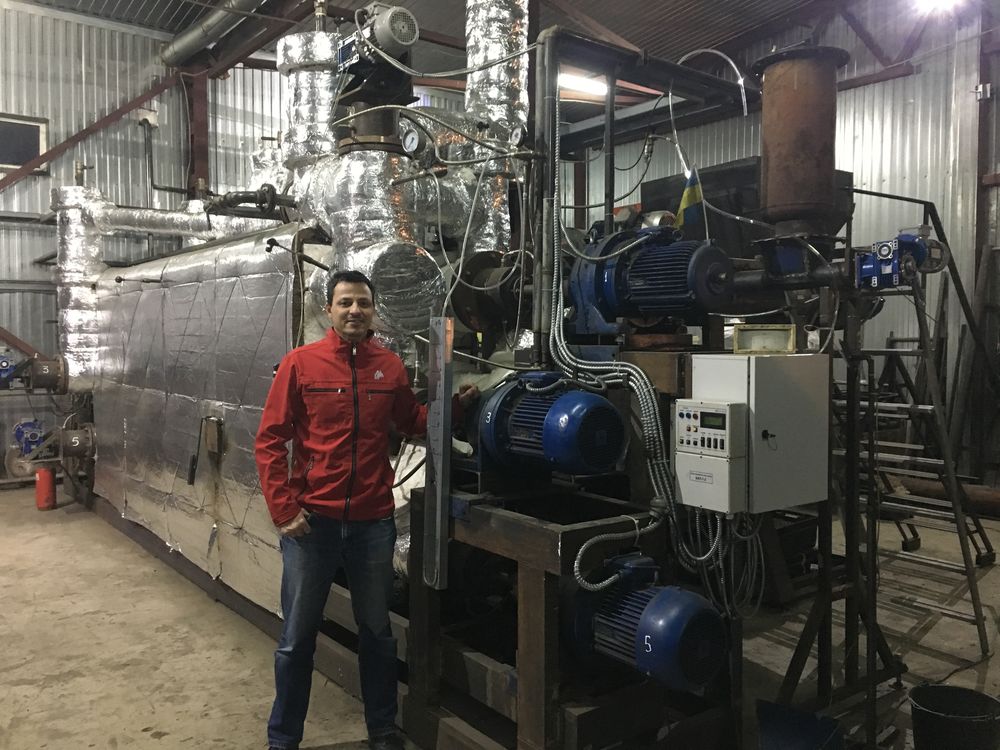 “When we arrived, Kaharlyk was not a place that people wanted to live,” tells Wayne. “It was run down with not much hope.” Born in Australia, Wayne Zschech arrived in Ukraine in 1993 as a young man eager to serve the Lord in the recently independent country. A natural leader and pioneer, he helped start a church in the town of Kaharlyk, an hour’s drive from Kyiv. Now, more than 26 years later, he is married to a Ukrainian, is the proud father of four children, and he continues to pursue his vision of seeing the town transformed with the hope of impacting the wider country.

In addition to seeing spiritual transformation in his role as pastor, Wayne wants to see physical transformation of the town, and he has pioneered many sustainable projects in the community. His first was the production of biogas from garden and food waste, with the idea to produce combustible gas to heat the church building. He then oversaw the development of a mushroom growing business, which started out in the church’s basement. This employed many local people but collapsed after poor compost was supplied. Despite this, Wayne has not ruled out trying again in the future. “If we grew mushrooms again, I would look to produce our own compost to keep control over the whole supply chain,” explains Wayne. Next was producing biodiesel, taking waste fast-food oil and transforming it into usable fuel. Unfortunately, this was interrupted by the revolution in 2014.

His latest project, started in 2015, is producing fuel from waste plastic using a technology called pyrolysis. The system is now in its third major iteration. “We are very close to achieving an efficient system,” tells Wayne. “Once we begin to sell the fuel, the business will be able to financially support many local people.”

To perfect the system requires trial and error, and the progress to achieving the goal is slow, but Wayne believes that the end is in sight. He envisages that in its final form, the system will be self-sufficient, heated using the clean-burning excess gases from the process, and the electricity generated from waste heat. When the design of the system is finalised, Wayne hopes that it can be replicated in communities across the world. “In recent years, people have increasingly been looking to reduce waste. If we can enable communities to take their waste and turn it into fuel, they can both support themselves financially and improve their environment.”

Wayne became Field Leader of OM in Ukraine in 2015, just a year after the ‘Maidan Revolution of Dignity’. Since the revolution and the subsequent conflict in the east of the country, OM has done much to help those affected. OM has partnered with pastors and churches in the conflict regions of Donetsk and Luhansk, to reach out and help the people. They regularly send teams of pastors to train and assist, and builders to repair buildings and construct new churches.

Despite the ongoing conflict and people leaving the area to seek better conditions, the church in the region is growing faster than ever. And since the start of the war, many churches have been planted in these regions. “Before the war, these regions were very atheistic,” Wayne shares. “Since the war, people have become much more open to the Gospel. God has taken a terrible situation and used it for His purposes.”

One of the pastors that OM supports was one of the only pastors to stay during the height of the conflict. At the time, this church were putting a new roof on their building, and whilst there was fighting in the town, they were working on construction. When local people who were fleeing the town hurried by, carrying all they could physically hold, they commented amongst themselves, “Everything must be going to be alright because the Baptists are still building!” OM has supported continued construction of the building, by organising teams to help with construction and creating a link with a church in the US who have provided financial support.

Wayne longs to see an end to the conflict, but until that happens, he continues to ensure OM does all it can to help those affected. The pioneering spirit that led to him to Ukraine in 1993 is still strong, and Wayne is as passionate as ever about seeing Ukraine transformed through the power of God.