Opening up a world of opportunity 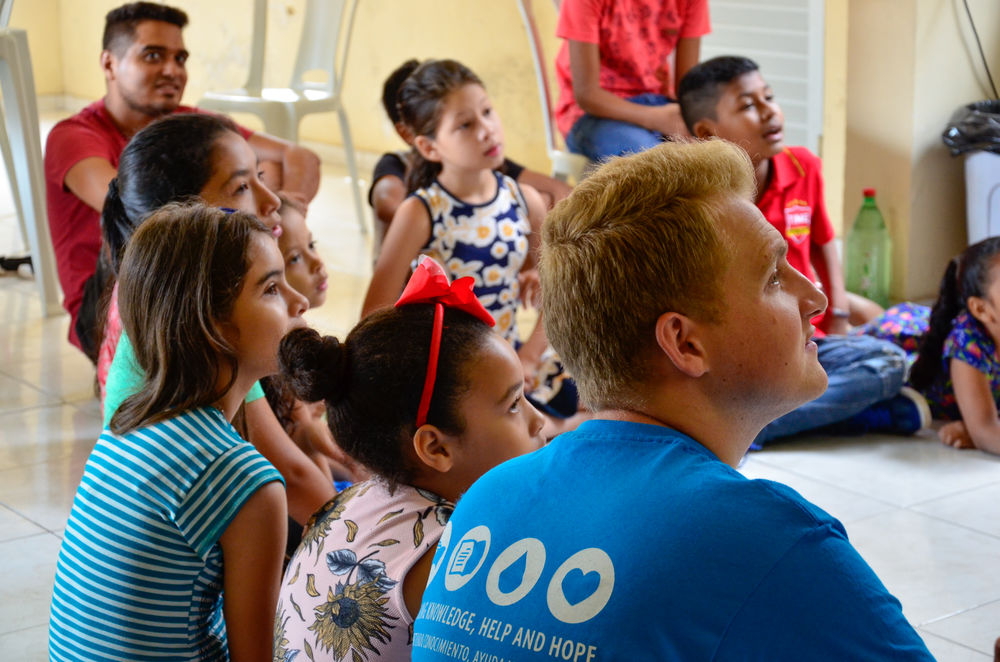 Crewmembers have helped a church's social project for local children by giving an English workshop to the Portuguese-speaking youngsters.

The team from Logos Hope explained the value of learning English and gave their perspectives. They told the children that English is the working language on board the ship, allowing crew from more than 60 different nations to receive information together. Priscilla Lee (Singapore) shared that she comes from a place where there are different ethnicities, but English is the common ground connecting each different group.

It was Priscilla's first onshore outreach since joining the ship. "Telling the kids about my country was a delight," she says. "A lot of people think that we speak Chinese, but Singapore has four different ethnicities. Learning English will be useful for these children to meet new people."

The children had many questions about the crewmembers’ home countries, their lives on board and the various languages they speak. After the language session, Liam Greenan (United Kingdom) shared some of his personal story. He explained that his mother had been a drug addict and that for a while, he had also been lost in bad habits. One day, Liam cried out to God and experienced His presence in a way that impacted him so strongly, it changed the course of his life.

Endel Miranda, who teaches the children, translated for the team. He saw that the young people were moved as they listened to Liam and admitted that he had been, too. “His story got to my heart,” he says.

“I’m so grateful for your lives; for what you’re leaving behind after coming here and sharing with us," says Endel. "We learnt a lot from you.” Endel believes that learning English is not only a way for the children to meet people from around the world, but that it could be an avenue to greater opportunities in their future.