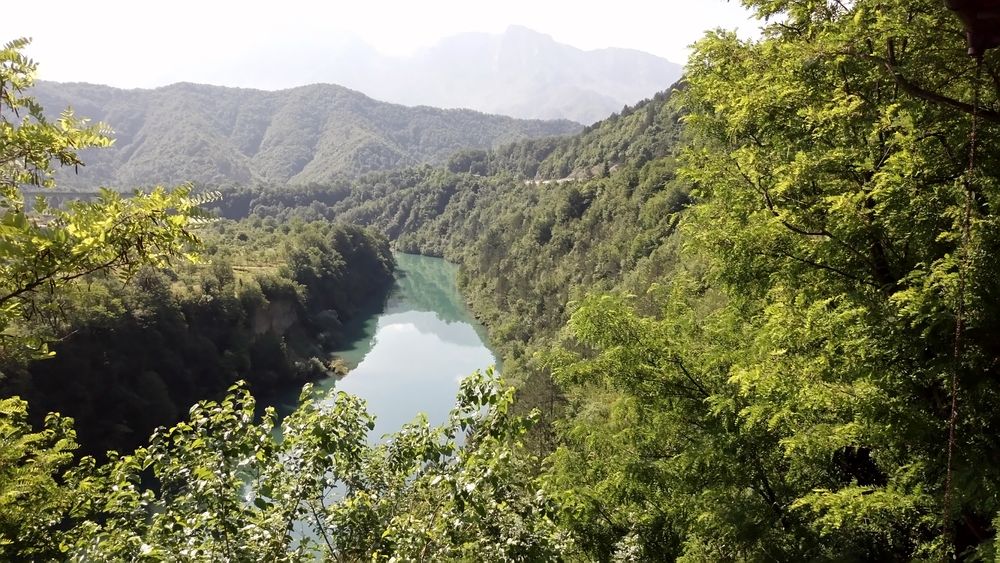 Nestled between high mountains, lush vegetation and streams of turquoise-clear water is the Olympic city of Sarajevo, capitol of Bosnia-Hercegovina (part of former Yugoslavia). The small church and the OM office share a premises in a yard tucked away off the pedestrian street lined with coffee shops that strongly hint at a very relational culture.

However, trust is fragile after a long history of invaders and the civil war from 1992-1995. During the war, Bosnians were spread all over Europe, many in Germany. Today, huge improvements are taking place in the country, yet unemployment is high (50 per cent), particularly among the youth. There is no money to restore factories that could provide jobs and incomes, but tourism is slowly growing.

Building relationships is key in Bosnia--whether it means bringing young people to snowboarding camps in the mountains during winter breaks and floorball during the week, or reaching out to teens who ‘steel away’ from school for smoke breaks outside the OM office, or inviting church members and neighbours to spaghetti nights at the field leader’s home, or simply sitting down for a coffee and chat.

When Paul Mueller (Germany) felt the call to missions in Europe, his attention was drawn to Bosnia as an opportunity to share the gospel through sports. With a background in teaching sports to kindergarten children, he had many ideas, including his recent invitation to youth to play floorball together. Though the venture is still in the early stages, a number of youngsters already participate regularly.

“We are probably the only OM team providing ashtrays!” laughed OM Bosnia Field Leader Stefan Eisenring (Switzerland). “We used to be upset about the teens smoking right outside our office until we realised the opportunity it’s given us to build relationships with local youth. By setting out some chairs and providing cold drinks--and even ashtrays--we enjoy their company. We also hope that one day we will have the opportunity to share Christ with them.”

“At first I did not like the ministry centre, or the location,” said his wife, Carolin (Switzerland). “But I prayed and somehow realised that it is in a strategic location where there are already many opportunities for ministry. Those youth who smoke outside are good kids; after we put out chairs, they stay longer and chat with us. There is a playground here that the team has painted; if we hang up the swings, children from the neighbouring apartments will come. The church meets here on Sunday mornings; when the church children are here, other kids come to play too. We are praying about more ministries out of the OM base. Two additional families are joining us soon, which should hopefully add to the possibilities.”

Sarajevo has a predominantly Muslim culture, while other parts of Bosnia-Hercegovina are Catholic or Orthodox. The majority of the population is relatively secular, but a new influx of people from the Middle East may change the balance. Two families are set to join the OM team, but more people are needed for children’s ministry and to strengthen the sports initiatives. OM Bosnia additionally has a small church planting team in the city of Bihac, Bosnia-Herzegovina.

Please pray that more would join OM to bring the message of Christ to the Bosnian people. For more information about serving with OM in Bosnia, check out opportunities here.