Learning to love each other 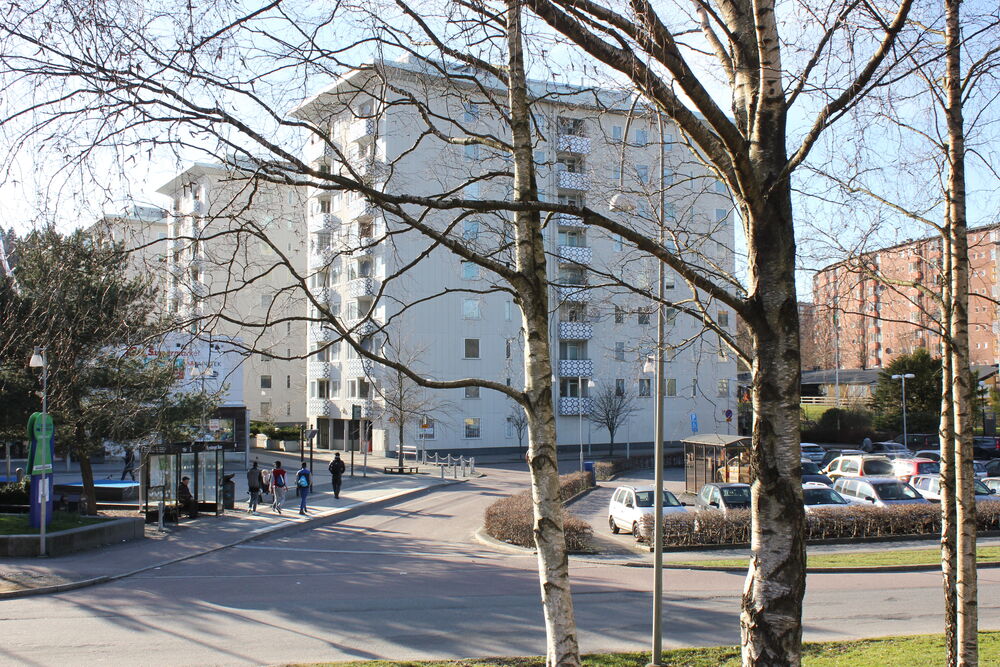 Paul and Vivienne, OM short-term volunteers from the UK, recently visited a centre for asylum seekers in one of Sweden’s large cities. They talked to OM workers Lars and Sarah*, about the small local church fellowship that has grown there and is reaching out to both local people and refugees. Paul and Vivienne share about their experiences:

It’s a cold spring day in southern Sweden and we are standing outside the canteen of a refugee centre on the outskirts of the city. We have a box full of gospels in Farsi, Arabic and other languages and a mat covered with children’s clothes and toys. We’re waiting for the first few residents to make their way up for lunch. This is now a temporary home for asylum seekers from Syria, Afghanistan and many other countries.

We have come to join Lars and Sarah and others from their church, as they offer a friendly greeting to the refugees and the chance to choose some clothing or toys. Where possible, they speak with them about faith and offer them a gospel in their own language. Sarah and Lars both speak Arabic, but we struggle to communicate with a Syrian family who speak no English. However, one of the couple’s young children stands in the middle of the mat surrounded by toys, offering one to a refugee child who is very unsure if he can take something- love communicates across language and cultural barriers, at any age!

Lars, from Sweden and Sarah, from the USA, met in the Middle East, where Sarah was studying Arabic. As Lars says, “it was love at first translation!” They married and continued to serve with OM in Arabic speaking countries, but after the Arab Spring, moved back to Sweden. “It was hard to leave”, says Sarah. However, on a visit to this city, they met a Middle Eastern man who was a believer and helped him to start a bible study with a small group of other immigrants seeking to know more about Jesus. The group invited Lars and Sarah to help plant a new church, which now has a congregation of between 25 and 30 people from many different nations.

A multitude from every nation

“We have seen God bringing people together from different cultures, helping them to learn to love each other,” Lars says. “We want the church to reflect this area and be a foretaste of John’s vision of heaven, where he saw ‘… a great multitude that no-one could count, from every nation, tribe, people and language, standing before the throne….’ (Rev. 7:9)”.  So, in Sweden, a country to which people are streaming from across the globe in search of safety and a fresh start, a small local church is offering them a welcome in Jesus’ name.

Sarah and Lars’s children are also learning to reach out. Some Syrian toddlers joined their playgroup and seemed to be very sad and serious. The children were naturally shy to approach the newcomers, but their mother explained that these children had seen their house bombed and had travelled thousands of miles in search of a new home. So, the next time they were at playgroup, Sarah’s little girl immediately gave a Syrian child a hug and invited her to play.

The gospel of hope

The asylum seekers spend their days with very little to do and great uncertainty about the future, while they wait for their visa decisions. Even here they are at risk from those seeking to recruit to violent extremism. But their deepest need, Lars says, “is for someone to share the gospel with them in love.” We ask for a word to sum it all up. “The gospel is the driving force for everything we do,” he says. “It’s the gospel that gives us hope”.

Please pray for Lars and Sarah and their children, and for the multi-cultural fellowship they lead. Pray also for the thousands of refugees across Sweden, that those who stay would be able to settle well into Swedish society and that the Lord would draw many to Himself.

*Names have been changed